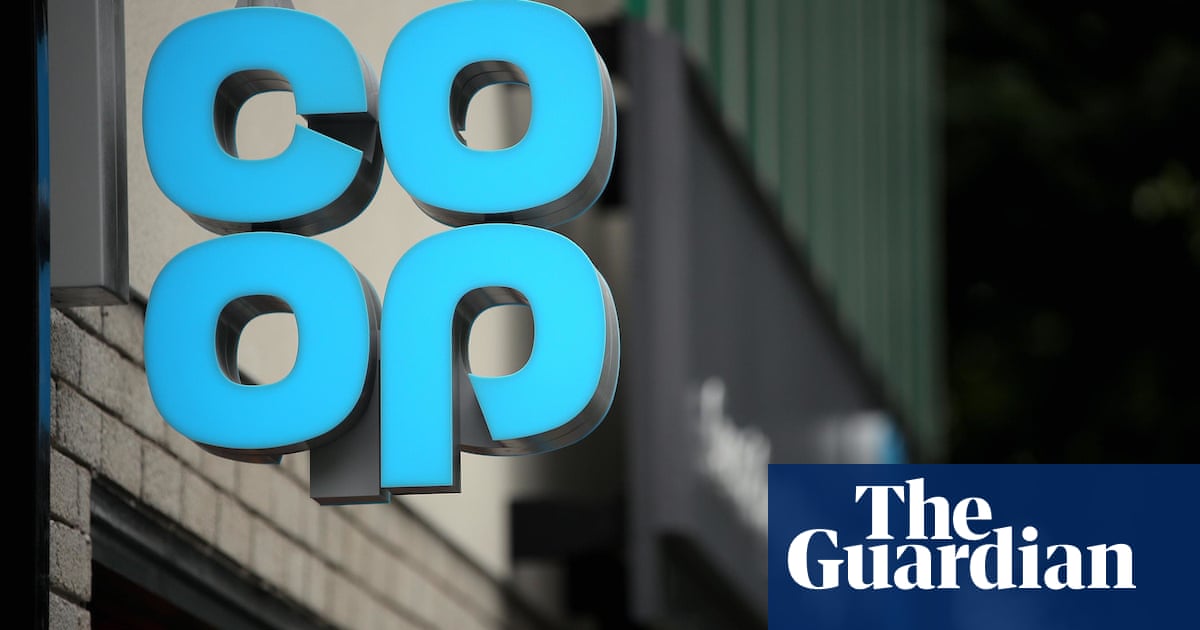 The Co-op Group is cutting 400 jobs at its head office in Manchester as the retailer said it faced tough trading conditions amid rising inflation.

The job cuts come after the Co-op, which employs more than 63,000 people including 4,000 at its head offices, warned in April of continuing problems with food supplies and inflation after its annual profits more than halved amid supply chain disruption and higher staff wages.

Underlying profit at the mutual, which operates funeral homes and insurance as well as grocery stores, was down 57% to £100m in 2021 after stripping out a one-off £99m gain relating to the sale of the Co-operative Bank in 2017. Sales slipped to £11.2bn, from £11.5bn.

Sales at the group’s food business fell by 2% to £9.1bn despite investing £140m in opening 50 new stores and refitting 87 more, and spending £18m on cutting prices.

The Co-op’s sales have continued to fall back this year – down 2% in the three months to 10 July according to the latest market share data from analysts at Kantar – as the whole industry battles rising costs which are difficult to pass on to customers who are facing higher energy, petrol and clothing bills.

Shoppers have turned to discounters Aldi and Lidl or the UK’s biggest supermarket chain, Tesco, in search of bargains amid hefty food price inflation.

Co-op boss, Shirine Khoury-Haq, has said that some food price increases were “inevitable” this year, but the Co-op would try to reduce the impact on its customers, holding the price on 1,000 key items and adding 100 extra products to its budget range.

The Co-op said in a statement: “We make these changes with a heavy heart, but it is the right thing to do for the long-term health of our Co-op and for all of our members.

“At our last set of annual results, we shared, that as part of our strategy, making our Co-op more efficient and cost-effective was a priority. The tough trading environment, including rising inflation, means we have taken the difficult decision to bring forward some of the changes we had planned for 2023.

“These changes, designed to simplify our approach to business, will sadly mean a number of colleagues in central functions will leave the business.”

The company said there would be no changes to customer-facing roles in its food stores or funeral homes and it was aiming to reduce roles by not filling vacancies in preference to making redundancies.