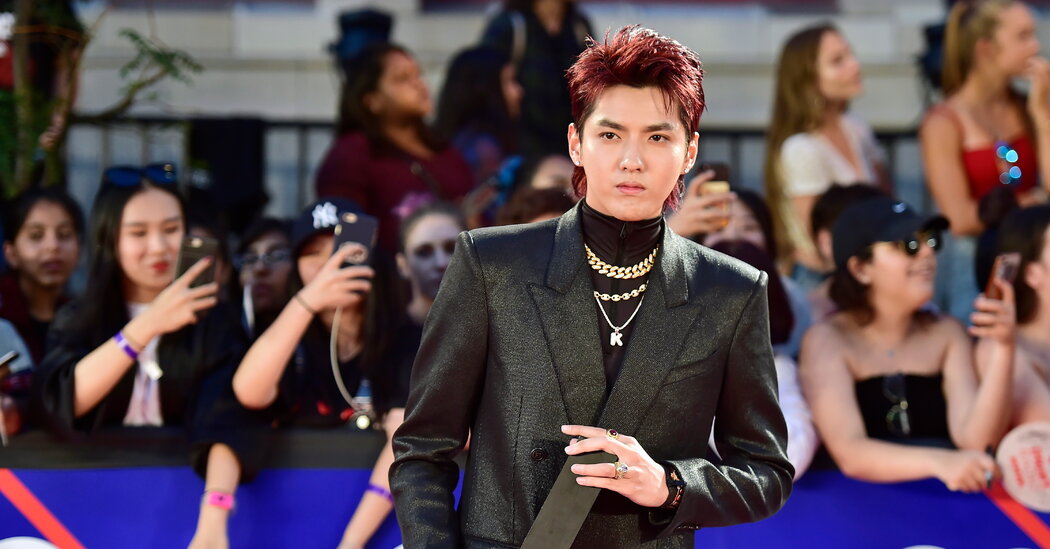 Before his arrest over #MeToo allegations, Kris Wu was one of China’s most popular entertainers, with legions of fans and brand deals.

Kris Wu, a Canadian Chinese pop singer who was once one of China’s most popular entertainers, was found guilty of rape by a Beijing court and sentenced to 13 years in prison on Friday, becoming one of the most prominent figures in the country to be punished for #MeToo allegations.

In a statement on social media the Chaoyang District People’s Court in Beijing said Mr. Wu was convicted of taking advantage of three drunken women and forcibly having sex with them at his home in 2020. He was also found guilty of “gathering a crowd to engage in promiscuous activities,” the court said.

Before his arrest in 2021, Mr. Wu, who is known in China as Wu Yifan, was a superstar with tens of millions of followers on social media. Born in China and raised partly in Canada, he rose to fame as a member of the Korean pop band EXO before establishing a successful solo career as a model, singer and actor. He had endorsement deals with more than a dozen prominent domestic and international brands, including Bulgari, Louis Vuitton and Porsche.

But his career came crashing down when he was accused by an 18-year-old university student of enticing young women like herself to his home to discuss potential career opportunities and then plying them with alcohol before pressuring them for sex. The accuser, Du Meizhu, said she believed that Mr. Wu had done this to other young women.

Initially, the police’s preliminary findings of her allegations said she had played up her story “to enhance her online popularity,” sparking outrage by her supporters and drawing accusations that the authorities were shaming a victim.

This helped to amplify Ms. Du’s allegations, building a rare groundswell of support in a country where women are often discouraged from coming forward with complaints for sexual misconduct, and where victims of sexual assault and harassment are frequently targeted for online abuse and even sued for defamation.

“This day has finally arrived,” Ms. Du wrote on the country’s popular Weibo social media platform after the prison sentence was announced. “I am very grateful for China’s legal system that does not spare any criminals, even if he is a big star,” she later added.

After Mr. Wu’s detention last year, propaganda outlets of China’s ruling Communist Party hailed the arrest as a lesson to celebrities that fame will not shield them from justice.

In its statement, the court said he would also be deported. Officials from the Canadian embassy in China attended the sentencing hearing, the court said. Mr. Wu, who had denied the allegations when they first surfaced, has the right to appeal his conviction and 13-year prison term. Mr. Wu’s lawyer could not be immediately reached.

In a separate announcement, the Chinese government said it would seek 600 million yuan, or about $83 million, from Mr. Wu for tax evasion, overdue fees, and fines, according to Xinhua, a state-owned news agency.

Supporters of China’s nascent #MeToo movement said the conviction, if it stands, would serve as a warning to perpetrators of sexual misconduct.

“It will also encourage some women to have the courage to come forward to defend their rights in an environment where victims are often shamed and humiliated,” said Huang Simin, a mainland-based human rights lawyer who has worked on cases related to gender violence.