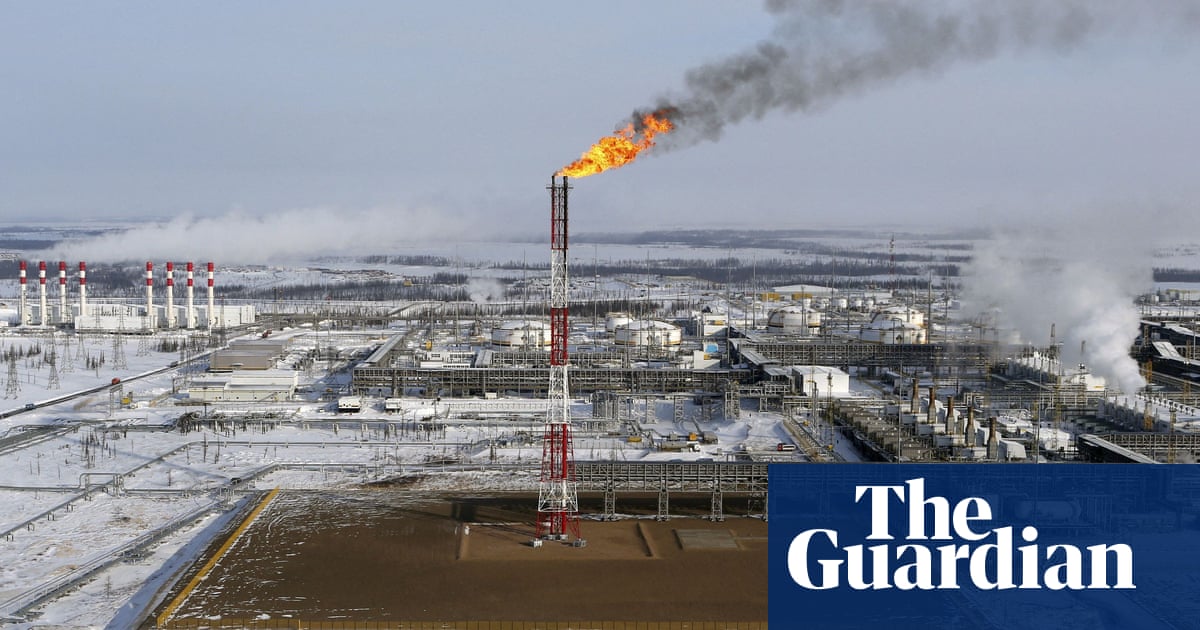 Britain is importing no energy from Russia for the first time on record after trade between the two countries collapsed after the Kremlin ordered invasion of Ukraine in February.

Figures from the Office for National Statistics (ONS) released six months after the start of the war found that in June the UK’s imports from Russia were down by 97% and stood at only £33m as sanctions took effect.

The ONS data shows that by June the UK government had already achieved its objective of phasing out Russian oil imports by the end of 2022 and ending imports of liquefied natural gas as soon as possible after that.

In the 12 months leading up to the war, the UK imported an average of £499m of fuel from Russia but this figure has dropped to zero, the first time this has happened since modern records began in 1997. The ONS said the UK had been compensating by increasing imports of refined oil from Saudi Arabia, Kuwait, the Netherlands and Belgium.

Imports of other Russian goods – including vodka – have also been wiped out in the aftermath of the invasion of Ukraine. Bans were announced on a range of Russian products including iron and steel, silver, gold, wood products and high-end goods, and high additional tariffs on other items.

Exports from the UK to Russia also fell sharply but to a lesser extent than imports because some goods – such as pharmaceutical products – were exempt from the sanctions regime imposed after the invasion on 24 February.

Exports of most commodities to Russia decreased substantially between February and June, with machinery and transport equipment decreasing by £118m (91.3%).

Chemicals were the only commodity exported to Russia that increased over this period, driven by an increase of £39.1m (61.8%) in exports of medicinal and pharmaceutical products

“The economic sanctions applied by the UK government are likely to have driven the decreases in imports from and exports to Russia; however self-sanctioning, whereby traders voluntarily seek alternatives to Russian goods, is also likely a factor,” the ONS said.